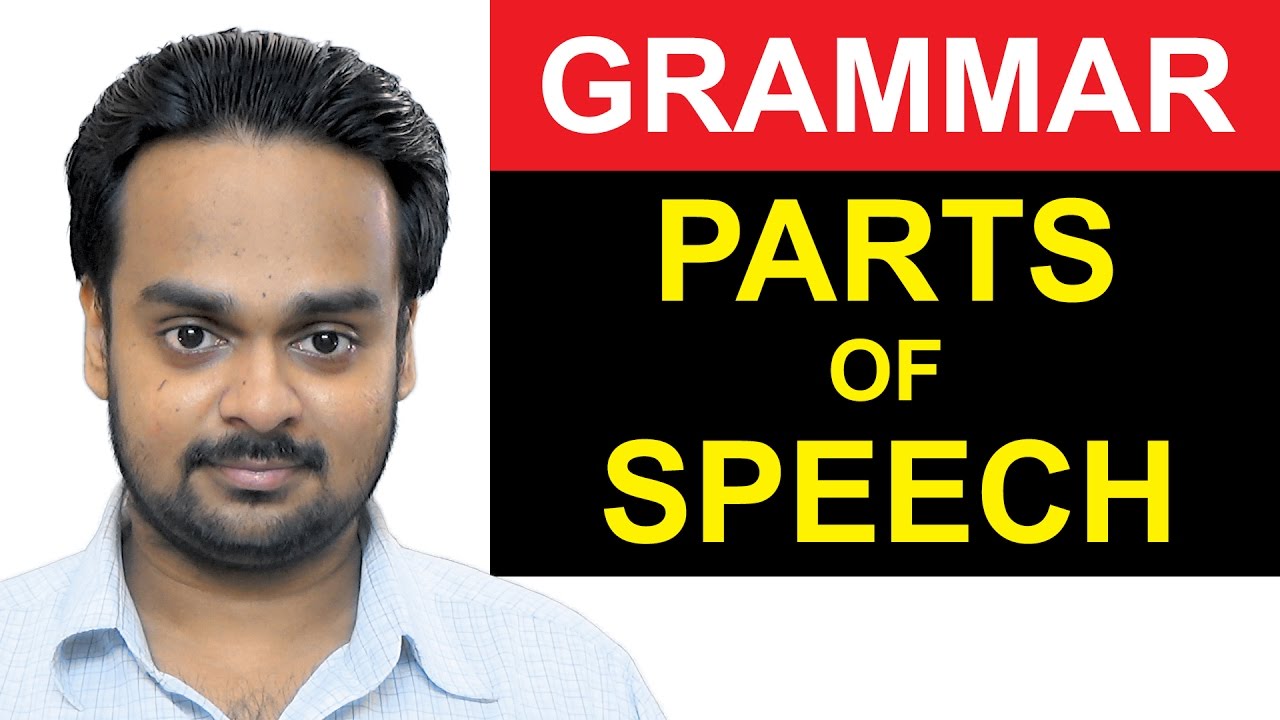 In this lesson, you will learn all about the parts of speech. Also see – MOST COMMON MISTAKES IN ENGLISH & HOW TO AVOID THEM:

For more FREE English lessons, SUBSCRIBE to this channel.

My name is Ganesh and in this first
lesson I’m going to give you a quick
Introduction to the eight parts of
speech.

In the following lessons we’ll
learn more in detail about each part of
speech. Before we start just remember if
you have any questions at all you just
have to let me know in the comments
section below and I will talk to you
there.

OK so first of all what is a part of
speech?

Well a part of speech is just the name
given to a word based on the job that it
does in a sentence.

Just like a person can be a teacher or a
doctor or a lawyer – a word can be a
verb, an adjective, a noun etc depending
on the job that it does in a sentence

We start with the verb because verbs are
probably the most important words in the
English language, and that is for two
reasons: first every sentence in English
must have a verb

You cannot have
sentences without verbs in English, and
the second reason is that only verbs
have tenses.

I’m sure you know about past
tense, present tense and future tense
That’s how we talk about different times
and to do that we change the forms of
verbs. So verbs are really important.

So what does a verb
do? Well a verb is a word that shows an
action or a state – state means a
situation.

For example in the sentence
Dylan plays tennis three times a week. In
the sentence the verb is play because
that’s the action, and we’re saying plays
because for he,she and it we say plays –
we add the ‘s’ to the verb in the present
tense, so “Dylan plays.”

Now I want you to notice a very
important difference between these two
sentences. Notice that in the first
sentence we are talking about a physical
action because playing is something that
we do physically.

But in the second
sentence we are not talking about any
physical action – we’re just saying “I am a
teacher.”

We call that a state, that means a
situation. So verbs can show actions or
they can show states or situations.
Those are the two types of verbs

OK the next part of speech is the noun.
A noun is the name given to a person,
place, animal, thing, feeling or idea.

For
example here’s a sentence with a lot of
nouns – “Rosie went to Malta on vacation
with her family last year.”

Can you identify all the nouns in the
sentence?

Well the first noun is Rosie – it’s the
name of a person. The second noun is Malta

Malta is the name of a place. It’s
actually a beautiful small little island
country in Europe. Malta is a place.

The next noun is vacation. Vacation is the
name given to a type of trip the people
take, and the noun after that is family
What’s a family?

A family is a group of
people who are related – mothers, fathers,
sons, daughters, brothers, sisters etc. and
the last noun in the sentence is year – a
year is just 365 days or the time that
it takes the earth to go around the Sun.

Now of course nouns can also be animals
like dogs or cats or a noun could be a
thing like watch, pen, t-shirt etc. Or it
could be a feeling such as love or anger
Those are all nouns.

What’s a pronoun then? A pronoun is a
word that replaces a noun – replaces means
it takes the place of a noun. But you
might ask – why should a pronoun do that?
Well take a look at this sentence –