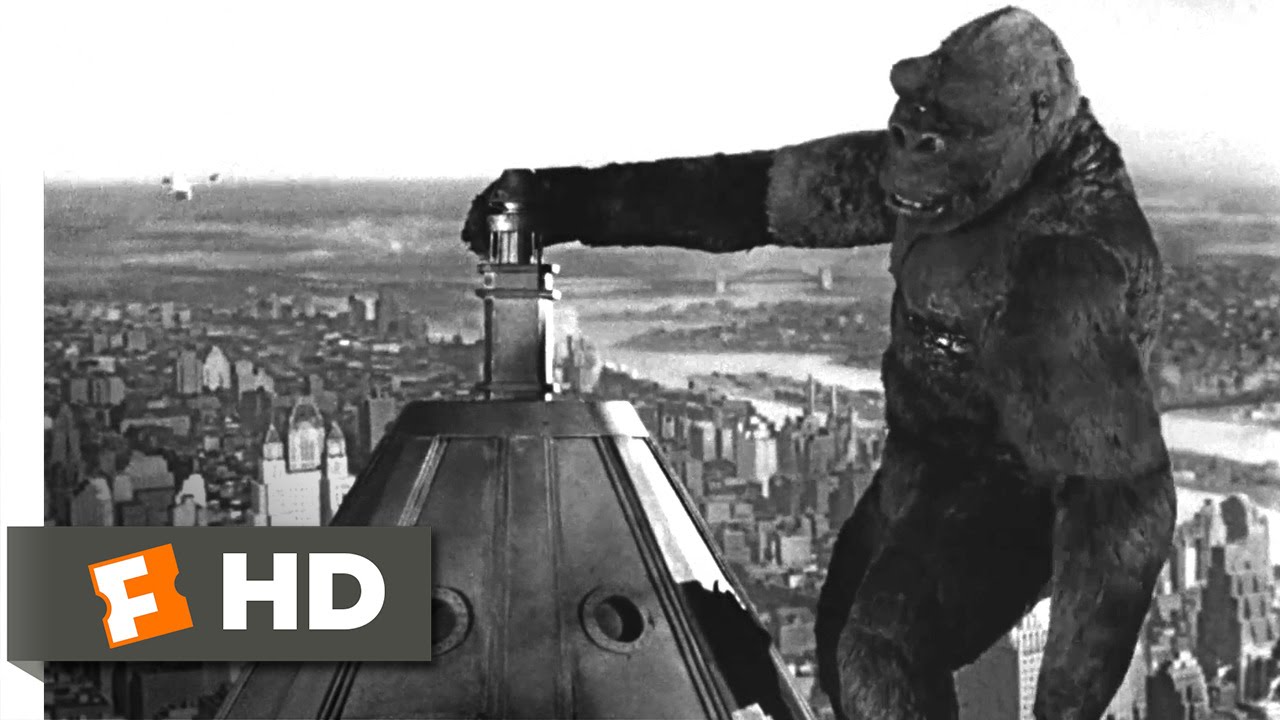 CLIP DESCRIPTION:
King Kong falls to his death after an aerial attack.