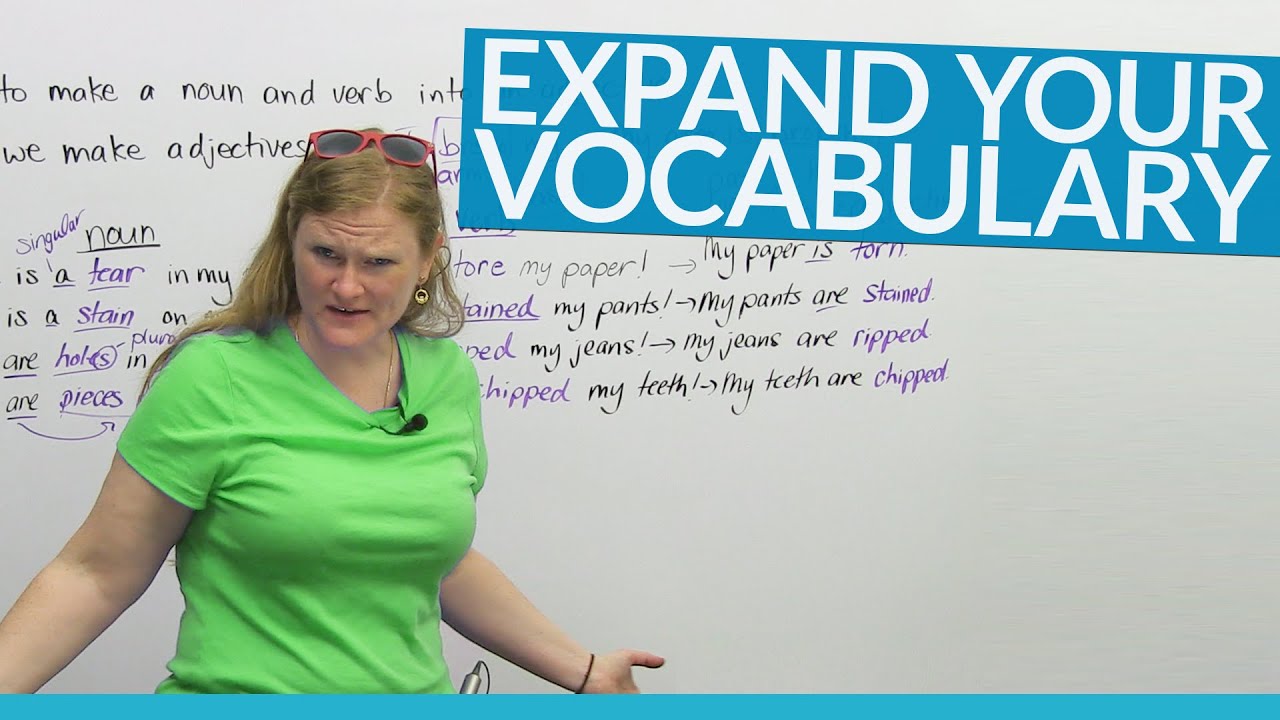 Want to expand your vocabulary using words you already know? Today I’ll teach you to make nouns and verbs into adjectives! You will learn to form adjectives using past participles. By using this trick, you will improve your vocabulary and sound more fluent.
Practice your skills with the quiz:

The next one: “There is a stain on my pants.” What were you doing? And the se-…

“There are holes in my jeans.” Now, we can’t say: “I holeded my jeans”, because “holes” we cannot change into a verb. We’re going to use the verb “ripped”, so you can say: “I ripped my jeans.” Rip.

Next one: “I stained my pants.” The adjective of “stained”, because it’s an “ed” verb is going to stay the same. We’re going to say: “My pants are stained.”

And last one, uh oh: “I chipped my teeth.” You’re going to say instead: “My teeth are chipped.”

And that’s the end of the magic show. Enjoy your grammar.